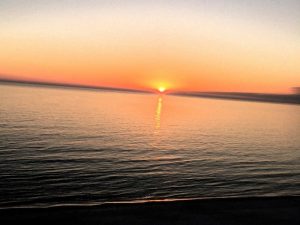 I am writing this because a hole was opened in my world with my daughter yesterday.

As most of you who follow me know, I post a lot about how wonderful my daughter who is now 20 and has Down syndrome does in her daily life. Much of what I love to talk about is how capable she is. We have had our ups and downs with the education system.

I have always felt that despite our difficulties we managed to make the best of it and now that our daughter is taking some college classes and becoming independent that we were doing our job.

Yesterday, she was taking her end of the year test, which was an open book test. It still wasn’t easy, but she has the skill set to do searches and figure most of it out. She occasionally ask her mom and myself questions and we make sure to assist her but not give her the answers.

The test was a multiple choice test, written as most are with several answers that sound the same, a few that are clearly false and two that you need to either know or guess. The point or the epiphany, if you will, was that my daughter understood the material but didn’t understand how to take the test. It’s not that she can’t learn, its just that it became all to clear that no one has taught her actually how to take a multiple choice test. Taking things for granted… if you have been taking multiple choice questions since 2nd grade, these things are somewhat ingrained in the “typical population” you could add the smiley face grades she received in “included” classes where she lost skills because the teacher did not expect her to be able to write…

I realize this sounds strange, or even petty. Why would someone care if your special child can take the test? “We are teaching her have her in the class , isn’t that enough?”

Exactly, once again someone (actually many people) assumed that her sitting in the class was enough. Despite our care of her education over the years there was a gaping hole that had been propagated.

As I sit here I have to reevaluate what I thought I knew and how to go forward. Its not just about taking a test, its about believing that my daughter CAN take a test.

I don’t have any answers other then to say as parents you have to be diligent.

You cannot assume that because your child is going to school that they are being taught.

You cannot assume that because your child is going to school that they are learning.

You cannot assume that because your child had grades on their report card that they were ever tested.

You cannot assume that your child is being included based solely on their presence in a class room.

As a parent you will never win every fight, there are fights you may choose to not win or even fight at all. There will always be battles that you are unaware of. Know this, no matter how well intentioned those around you might be, no one knows your child like you.

You may not always know the answer, but you will never have an answer if the question is never asked.