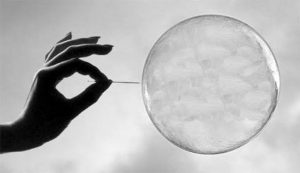 I am guilty, guilty of believing that because I’ve worked hard, have a good job and live in a nice neighborhood, I can protect my family. Maybe, I should say, take care of my family instead. When you have a child your genetic make up immediately changes, you want the best for those little ones, you want to protect them, make sure they grow up happy. As your children grow you quickly realize you can’t protect them from everything. You also learn that you probably shouldn’t either, if you protect your kids from everything then they will never learn. Never- the -less, it is now in your genes to try.

I grew up the son of an army officer moving from place to place, often to places where as a caucasian male I was the minority. I always felt that because of my childhood I had a more clear perspective of diversity. I know from my many friends of color that I can never really understand what it is to grow up a person of color or another ethnicity. I wanted to believe that at the very least I cold be a better person and raise my children to be better people. Growing up with a rainbow of diversity made everything monotone seem wrong.

Those lessons of diversity soon became something that sat in the background as I tried to focus on college then medical school making a life for myself. That life would come to include a beautiful woman who agreed to join me in our life Journey. Marching through a surgical residency gives you very little time for anything but survival, but being the humans we are we somehow found time to make our first child. I never pictured myself as the picket fence kind of guy, but here I was with a paycheck, a house, a wife, and a child.

It wasn’t till my second child, a beautiful girl, arrived that my diversity training as a child became more important. My second daughter was born with Down syndrome. At first it was a shock, the surgical resident in me thought “I know all the bad medical things”, but the dad in me didn’t care. So, our journey began, having a child who was different. What’s weird is that it was never really different, we raised her like our other child and never treated her any different. I know that sounds cliche, but life just become life and sometimes you assume your normal is everyone else’s.

We were privileged beyond our understanding, having our daughters begin their lives in a diverse town with great schools and early intervention. She was very young so there were never any arguments about whether she was included or not. Great things don’t always last and even great things change with time so that they aren’t great anymore. So as your child grows their needs grow and school budgets are cut, and things just change.

So here we go, middle school, its time to move and she is almost in high school. The town we are moving to is a progressive, hight tech city, so we have hope to continue to build a positive life for our family. I have a good job and equity in our house so we set upon the mission to find the perfect neighborhood. This is not a special mission because we have a special needs child but certainly adds to the importance since we can’t rely on being in a private school. At the time we moved most private schools didn’t allow kids with special needs that was relegated to the public schools. After a long search we made an offer on the home we now live in. The neighborhood is old and full of old professors and young professionals. We are officially in a bubble.

After six years we have had our fights with the school system, I have written three books celebrating Down syndrome and diversity and my wife has dedicated her life to inclusion and making the world a better place. We are making a difference in the world now. People with intellectual disabilities are different not “bad”. Our country is making progress with accepting diversity of race, diversity of sex, diversity of ability, diversity of everything. We are not deluded enough to think we are there, but we do think there is progress. Sometimes when you live in a bubble you don’t even really know it. Its easy to walk out the front door and assume that everyone else has the same view you do.

Social media has become part of our lives and connects us to a world of people who have the same goals we do. One of the movements we are following is the “Spread the Word to End the Word” campaign. The use of the “R” word is a demeaning word long used to describe people with an intellectual disability. Our family saw the value in the campaign and supported it financially and by sharing the message. Outside I saw the value in this movement, but inside I couldn’t imagine anyone saying that to our daughter.

Devon was smart, going to college. She was completely independent riding her bike to the light rail then commuting ninety minutes via public transit so school and work each day, both ways. Devon was a hard working amazing young woman who inspired me every day. My bubble was complete, until.

Our world was all bubble gum and rainbows until riding home from a full day of classes. She exited the light rail station and was riding her bike through our privileged neighborhood when a young man just walking on the sidewalk in the opposite direction yelled “Hey Retard” at her. She was just riding her bike home. She gets home and ask me to help get her bike in the garage, not because she isn’t capable, but because we had left things so it was hard for any single person to store something in the garage.

“I am just happy I am home to hang out with you.”

She goes down the stairs to see my wife and I notice that she is crying on her shoulder.

My wife, “Someone yelled the R word at her on the way home.”

After several minutes of discussion we had the details, Devon has an amazing memory, and that it had happened in our neighborhood, from the family or friend of someone we may even know.

At this moment in time we want to minimize the impact on Dev, knowing that her own worth is not dependent on others and what they say. Inside I am burning up trying to understand what would inspire someone to be so hurtful. I know there doesn’t have to be a reason, I know people are people. This singe act reinforces the importance of inclusion. When you grow up with someone would you still act so callously? Maybe, maybe not. I choose to believe that someone who grows up in a diverse world looks at it differently.

Now I look at all of those people who I have listened to using the R word recently and shaming myself for not having said something. I rationalized that they didn’t mean anything, but now I feel like I have failed my daughter in some small way. When you have kids the laws of physics don’t apply. If your child needs a little less gravity in the world, then by golly, you are going to make it happen.

As angry as I am at this young person for needlessly hurting my daughter I know the truth is that I needed something to burst my bubble so that I can move forward with renewed energy at the hope that we can still change the route.