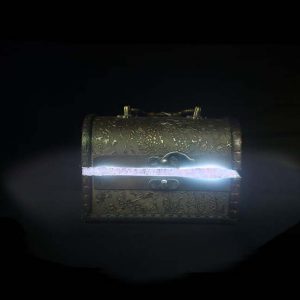 Fear of the unknown; I spend much of my time as a surgeon trying to educate patients. Part of what I do is, of course, treat them. Sometimes, just the fear of the unknown, not understanding what is happening to your body is more scary then what is actually happening.

I call it my “Black Box Theory”, by educating people so they know what is going on they can begin to cope and move on. When you don’t know your imagination takes hold and, in my experience, is often worse then what is actually going on. So if we can understand we can then cope and move forward. No matter how bad it is we move forward. This certainly isn’t always true but it is a crucial part of my practice and frankly a crucial part of the human condition.

The reason I am going on about coping is that the new DNA prenatal testing for Down syndrome is in the news again. There has been much concern by those of us in the Down syndrome community with this early testing that more babies will be aborted because its much easier to test at an earlier time during pregnancy.

The argument made in the article, https://www.theguardian.com/society/2016/nov/04/new-prenatal-test-for-downs-syndrome-will-not-lead-to-more-terminations-nipt , is that the incidence won’t change and that the good of the test far out weighs some of these concerns that based on their mathematical models doesn’t hold true. The truth is that if we can avoid some of the invasive testing to confirm the diagnosis like we have had to do in the past, it is a good thing.

How do we get from my Black Box Theory to prenatal testing? I truly believe if parents are given support, and good information, if we can open up the “Black Box” then they can cope. What is really missing is a great way to identify and support newly diagnosed parents. This is obviously not just specific to Down Syndrome, but it is the one I can talk about with the most knowledge. The Down Syndrome Community is making great efforts to educate parents, but a lot of the parents aren’t going to reach out, they are going to hear what the doctor says and decide.

I am a doctor, I don’t know everything and I can tell you for a fact that most of the people handing out information about Down syndrome don’t really know what they are talking about. They know about the chromosomes, they know about the things associated with Down syndrome, but, they don’t know what is like to raise a child, what the possibilities actually are. When you are a new parent its all about the expectations, you have a precious new gift with endless possibilities, but then maybe not?

When you give the result of a test without actually understanding the meaning of the results with its implications, well its like…. Telling a blind man that your shoes are blue. What is dangerous about the test is not the test. The danger is how its’ used and explained. Knowledge is not bad, misused knowledge is dangerous.

There are no great Truths, no formula to decide what is right for any particular family. This blog is my attempt to implore the medical community to think, to care, to hope. Inventing a test with no plan on how it should implemented is the problem, not the test.