Recently, there has been a lot of talk about healthcare because of President Trump and his proposal to repeal the ACA. If you were to search your favorite social media for hashtags (you may know I prefer Twitter!), you’d be inundated with them #SaveTheACA, #SaveMedicaid, #Trumpcare, #KillTheBill, and many many more.  Now, I could write a post solely about how Medicaid, we call it AppleHealth in Washington, significantly improves my quality of life, or that I’m thrilled #KillTheBill happened and we live to fight another day, but I won’t. Like most disabled people, it is a big deal to me to have access to this. With AppleHealth, I have the ability to go to work and live independently. I don’t have to worry about dying from lack of access to mental health medication and counseling or asthma medications and treatment to name a few.

I’m not here to argue that the ACA is perfect – it’s not, but it has done a lot of positive things for people. If you aren’t already aware, prior to the ACA, myself and as many as 129 million Americans could have been denied coverage simply for being born – in my case with CP -, having a baby, or past struggles with addiction. If you are someone who has minor medical needs like seasonal allergies/hay fever, or a sports injury, you could have faced increases on coverage. You could have even faced barriers to insurance coverage because of your occupation. Not needing to worry or think about changes in coverage cost for those types of little things is a bonus to what the ACA has done for the number of insured Americans. However, let’s look at this from a different perspective; let’s say you’re a healthy 20-something male making over the Medicaid cap and buying insurance. The ACA can be a bit of a nightmare for you. In the early days of the ACA, my significant other went from paying approximately $100/month to $200/month for a “catastrophic” plan. His situation is different today, but at the time, he had an attitude that many who don’t see the disabled side do – why pay for this, why not just get penalized – I don’t need it. Today, he has AppleHealth, a pre-existing condition, and takes a medication that was denied coverage prior to ACA. We worry about our futures without AppleHealth. Our stories are not unique. All you have to do is search #SaveTheACA or #SaveMedicaid to see more. Within the last year, Washington State enrolled almost 23,000 people in AppleHealth coverage, and likely a chunk of them have pre-existing conditions. Beyond shining a light on the impact of the ACA, I want to discuss a part of this conversation that is rarely mentioned; life before this dialogue on healthcare began, and the impact these conversations have on people’s lives.   I’m not ashamed to say that looking back to just before Election Day, was probably the first time in the last few months that I’ve not felt a tremendous mental weight about politics and the future. Maybe the worst part is, I know so many people who feel the same way. Especially and particularly, if you’re disabled. Being #DisabledAndUnashamed has been a part of my life for a while now, but I’d still love to not need to wake up again and be consumed by politics. But, as a person with a disability in this society, I’m not sure what that feels like anymore. As the results were coming in on election night, I started bawling and having panic attacks. It was at that point I began taking a lot of deep breaths, made cookies, did a wordsearch, and, eventually, turned it off. The more results that came, the more anxious I got. It was the first time in my life that I’ve ever genuinely felt at risk. As you have already read, most of my fears do come down to healthcare and the role that plays in my life, but it goes beyond that. I wear many hats; I’m a woman, a student, an immigrant/naturalized citizen, don’t have a lot of income, and have a preference for working with needy children who usually live chaotic lives and worry about things nobody (especially a child) should. The election of Donald Trump felt like a potential assault on everything I love and live for. Since that appears to be holding true thus far, I wake up most days absolutely consumed by politics. The past few days, I’ve dreaded going to bed because I didn’t want to wake up to find my healthcare gone. When the initial immigration ban occurred, I was anxious at the thought of losing my citizenship or being treated differently by officials – and I’m a white British born American who has called the Seattle area home twenty years. As a woman, I worry about access to women’s healthcare in particular, which I need to survive a disabling medical condition, but also about my rights in general. The student in me worries about loans, and the educator in me can’t bare the thought of student teaching while Trump is in office and have to hear my students are afraid or bullied because they’re undocumented. Finally, as a disabled person, the fact that the ADA may be gutted is almost too much to bear.
Almost everywhere you look, you’ll find discussions of the physical costs of the ACA. Some, like me, benefit from it tremendously; the average person may just see it as an expensive, useless thorn in their side. The solution here isn’t to repeal and harm 24 million Americans who will be left uninsured, nor is it really to make costs go through the roof for those who, at this moment, don’t need it. Healthcare in the United States needs to benefit everyone. I wish there was more discussion on the mental effects of life with Trump. I’ve become very grounded and strong in my mental health, and am better equipped to handle the stress of so much (political) uncertainty. I make sure to take the time to talk about how I’m feeling, check in with friends who I know feel similarly, and use plenty of healthy distractions like reading books, making beaded braided bracelets, listening to music, or coloring. Had this happened a few years ago, I wouldn’t be able to say that. I’ve learned that self-care isn’t selfish, it’s survival, and sometimes taking time away is what it takes to get up and fight tomorrow. So, for now, we’ve saved the ACA, but at what physical and mental cost?

As for the next few days as we move forward, I plan on doing some self care, and working with local organizing efforts around disability and healthcare. As of my writing, there is a group meeting tomorrow on this very issue – https://www.facebook.com/events/119576101906420/, and I am happy to follow up with anyone interested in getting involved, and you can always find me continuing this conversation on twitter. 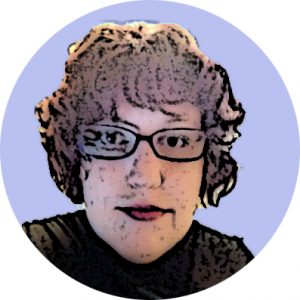