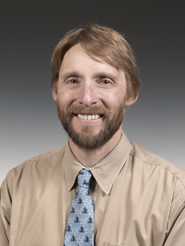 One thing that haunts me is that of all my memories growing up, playing football and going to school, I can’t remember a single person with an intellectual disability that I knew of personally. I know now that they were there, but how could I not know or see them?

During my residency in Ann Arbor at the University of Michigan we had two girls our first in 94 and our second in 96. My oldest daughter was a brilliant, beautiful girl just like our second. The only difference being our second daughter had Down Syndrome. There is nothing as humbling as being a parent. It is even more humbling to be a surgeon and a new parent to a child with something you feel like you should know about, but in your heart you know unequivocally that you know nothing.

My wife, Susan, is the most amazing mom in the whole world and knew that we needed to raise Devon like everyone else. Even though, at the time, people I knew and respected in the medical community were telling us all of the things she wouldn’t be able to do. Still, we persisted and she surprised us at every singe turn. Every time we thought she wouldn’t be able to do something, we let her try and far more often then not, she proved capable.

My residency was completed in 98 and we traveled to Florida for my Air Force career to begin as well as learning to be a new orthopedic surgeon and dad. Once again, Susan was not just the glue but the cement that held us strong, even when I was sent to Afghanistan right after 911. The gift of my deployment over seas was a new son. And so, with my Air Force career winding down we were looking for a place to move on to the next part of our lives.

The next part of our lives would be back in Ann Arbor where I took a job with friends I trained with and was lucky enough to find neighbors who became great friends. The reason I bring this up is one of our new friends was a writer and lover of literature. She was also wise and loving and influenced my vision of wha I could do. You see, I had become frustrated with how people viewed my Daughter and wanted people to see what she was capable of. I wanted her successes to be an inspiration to others. So, with the influence of my friend I decided to write a book. I wanted to write a fictional story where the characters were able to do things my daughter was able to, but the stories were fun. I wanted this to be more then a recipe I wanted families, friends, and siblings to read my stories and know what was possible.

I set about on a journey, one book turned to two , which became three and then four. Much to my delight my books were well received, but hard for my target audience to read. I wanted a way to find a voice or a tool that would allow people of varying abilities to have someone to identify with, a hero of sorts.

Thinking about what I could do next I thought of all of the wonderful imaginary influences I had growing up in comics and stories. I wanted to create a real set of superheroes who we could all aspire to be. People who’s power came not in just what they were given, but in what they were not given, that rising up was something we cannot measure. Making a graphic novel that represented the disability community in a very real way would be unique and important. I had no desire to create something that wasn’t real, something that was created based on my own impression of what it was like to be in a wheelchair, or talk differently, or even think a certain way. Our project had to be something visual, to pull people in and make it accessible for people with varying intellectual abilities. It had to have meaning for everyone, but especially to those I want to find themselves in the story. It wouldn’t just be a story, but a living thing that moves and grows with the people who it represents, so that they have a say how there hero’s are portrayed. So with that, I contacted an amazing artist who helped me with my book covers and pitched this crazy idea.

Why don’t we write a graphic novel. Not just a graphic novel but living, breathing thing that we will bring to life with the heart of an amazing population of people who are the largest minority in the world and who deserve better, who deserve heroes. who deserve a voice. Why don’t we call it Eximius latin for Super, extraordinary. Please enjoy, not just the story and the amazing art, but the community and the movement.