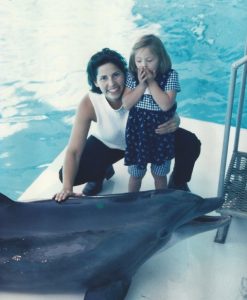 The Holiday season is supposed to be about Joy, giving, family, our most positive traits are supposed to bubble to the surface this time of year for a collective happiness that reminds us of our humanity and the good that can be had. This is at least what most of the shows on the 25 days of Christmas would have us believe.

The fact is, most of us struggle to find joy in our daily lives and many of us become even more depressed over the holiday’s simply because we are reminded, in vivid detail, how lacking we are in the holiday spirit. This year is even worse for many because it comes on the heals of a world seemingly in anger and a country which is split, not just across partly lines, but across deeply held personal beliefs about what is important to us. Families and friends are fending each other off because of who they voted for. I wish it was just the United States, but you cant pick up a newspaper without seeing something in the international community that rivals the internal conflicts of the United States.

I am writing this, not because I wanted to remind people that it is sometimes depressing over the holidays, but because like most people I struggle to find ways to maintain a positive spirit when it should be easy. This is not just the post election climate for my family, but really the first year none of our children are “in” to Santa Claus. Our two daughters are in their early twenties and our son is in high school. My wife and I picked out the Christmas tree this year by ourselves! I know, it sounds like blasphemy not a date night.

With everything going on, we put up the tree, just the two of us, no presents, no fire, no hot chocolate. Our living room is filled with things, but no substance and it really hits, that things are changing. As I alluded to above we feel the pressure of being somewhat sad in a time of year that we are supposed to be happy.

I think of emotions as something that has its own physics, sometimes they are like a snow ball that gathers energy as it rolls down the mountain side, and the longer it rolls the more energy it gathers and the harder it is to stop. Frustratingly, it seems the negative emotions are the likely to follow these physics. Positive emotion are much more often like playing a game of catch you see it coming and you do your best to catch it before it goes by you, then once caught you have to throw it back and just hope that it comes your direction again. There has been much written about fostering those positive emotions, that being happy is a choice that we can all make. The reality is that being happy is still trying to catch that ball and sometimes you miss and drop it.

After moping around for a few days I found myself looking at a picture of my kids when they were really little making snow men out of the white sand in Destin Florida where I was stationed in the Air Force. I don’t know how long I sat there in silence, but it was long enough that my wife had to ask me if everything was ok? It wasn’t an epiphany, but at that moment I was able to focus on something that made me happy and reset my feelings.

Feeling, what dude says things like feelings! I have tried to rewrite this several times and still feel weird about writing FEELINGS.

I have written previously about family and the joy it brings me, after looking at that picture of my children I was reminded that the most joyful moment of my entire life our those moments with my children. I could put every second of my 47 years of life together with all of those seconds that I was not with my children and not a single event would ever be as joyful as those moments with my kids. Not every moment is joyful, but man, the ones that are just blow everything else away. Every “what if” in my life is rendered insignificant when I realize that making that “what if” decision would have changed one of those moments that is burned into my consciousness with a positive energy that I simply couldn’t ever sacrifice.

Its all about the focus, those little packages of joy are flying by you ever minute of every day you just have to focus on them so you can catch one. Yes, you have to throw it back, but it will be there to catch again. No one can always be happy, or content. Most of us can’t just choose to be happy. However, most of have something positive we can thing about, focus on. It’s much easier to redirect that negative snow ball running down the mountain then it is to stop it or push it back up. we just need to nudge in a different direction every now and then.

We try to put pictures of memories where we can see them through out the day, in our living room, our wallets, purses, etc. These memories becomes part of the background noise so its important that we remember to focus. I think of this as sort of poor man’s meditation, I am not a buddha, or a saint but I can take 20 seconds when I feel terrible to look at picture and remember. It doesn’t always work, but it works often enough that I am eternally grateful to my wife for coming in to my life and giving me these children and our memories.

Focus, focus, focus, nobody is perfect every now and then we have to try. With all of the negative snow balls running down the mountain increasing the risk of an avalanche we have to do what we can to make it better. Start by making some new memories to focus on.

In a time when our world feels like an avalanche everything we do matters. Its not where we are that’s important its where we are going, and nothing reminds us of that better then beautiful memories of times with our children and families. At the end of the day what else really matters?