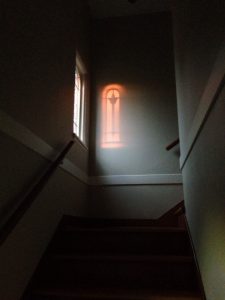 Cut off your nose to spite your face

This is a phrase whose origins began in the 12 Century, but has evolved to be an idiom meaning a needlessly self destructive over-reaction to a problem. We used to use this phrase when I was a resident in surgery describing people that refused to see the right or easy was to solve a problem because they were so sure their way was the right way no matter what.

I am bringing this up because I don’t feel there has been a time in American politics has this been more applicable. While reading the fallout from the GOP’s new health care plan that passed in the house I have been listening to news all day. In addition, reading non-partisan reports (specifically by the Kaiser foundation) has got me thinking.

The question posed by many is this. Why would our representatives pass a bill that most American don’t want. I know there are people out there who want this, but the majority don’t. This is a bill that by all accounts will leave millions fewer insured and preferentially, hurt the poor, elderly and disabled. I say “by all accounts” because they passed this before it was even reviewed by the Congressional Budget Office (CBO)?

Before I continue with my diatribe I need to give two disclaimers.

One, I was in private practice when the affordable care act was first announced and as a small business owner I was vehemently against many of its provisions, I saw this so you know I was not someone just drinking the cool aide to begin with.

Second, until my daughter who happens to have Down syndrome got to the age that she HAD, to apply for social security and medicaid (yes she had to) I had no idea of the extent of the programs run by medicaid that had to do with my daughter’s independence. Programs that not only had nothing to do with her healthcare, but programs she would not have access to without out medicaid expansion irregardless of how wealthy she was or who her parents were.

Back to our discussion, why? Why pass an unpopular bill that hurts more then it helps. Why not just try to improve the parts of the affordable care that don’t work instead of getting out the congressional eraser and making it go away, then try draw a whole new plan together.

Then it came to me, this wasn’t about making it better, this was about repealing the affordable care act so they can do what they said they can do. This was the classic mistake egotistical people make when they think they know what is right no matter what everyone around them says. They are willing to cut off there nose despite their face irregardless of the consequences because they have to prove they can.

The answer from many in the GOP (not all) is that they are giving their constituents what they promised on the campaign. Things change! Just because you promised your kid a kitten doesn’t mean you still get them a kitten when you discover they are allergic to cats and by doing so you will make them very sick. As parents we have to make judgements when circumstances change, and yes it sucks but its a hard job.

I was buoyed by another congressmen (Dave Reichert) only a short distance from the aforementioned person who is also a member of the GOP who has no personal connection to someone with a disability (that I know of) said this before voting no:

“Over the past several years, I have been committed to fixing our current health care system to increase choice, reduce costs on Americans, and allow families to access the care they need. I have also remained committed to protecting the most vulnerable in our communities, including children on Medicaid, people with preexisting conditions, and older Americans. These have been and continue to be my priorities for health care reform. Unfortunately, the current House bill falls short and does not provide the essential protections I need to support it.

With all of the political banter surrounding this bill, it can be difficult to remember that this decision ultimately comes down to people. We need to know our loved ones can get and afford the care they need, regardless of age, income, or health status. And we need to know that changes made by our government, even to a failing system, will not leave our friends, families, and neighbors worse off. I will continue to work with my colleagues on both sides of the aisle to fix what is failing and make our current system work better for American families.”

The other GOP congress person from our state Jamie Herrera Beutler from Washington voted against it for the same reasons.

I am writing this for my own therapy, because I don’t want to ever be the person who walks past the accident and doesn’t lend a hand, or sees an injustice and lets it slide. There are wonderful people in the GOP as well as the Democratic party. This is not a political statement in that I believe the GOP is wrong. This a statement about human nature. Sometimes power corrupts and if you are making decisions that negatively affects millions of people so you can show that you can do something you said you would then I only hope you have done us all a favor by showing us your true colors so that we can affect a change before its too late.